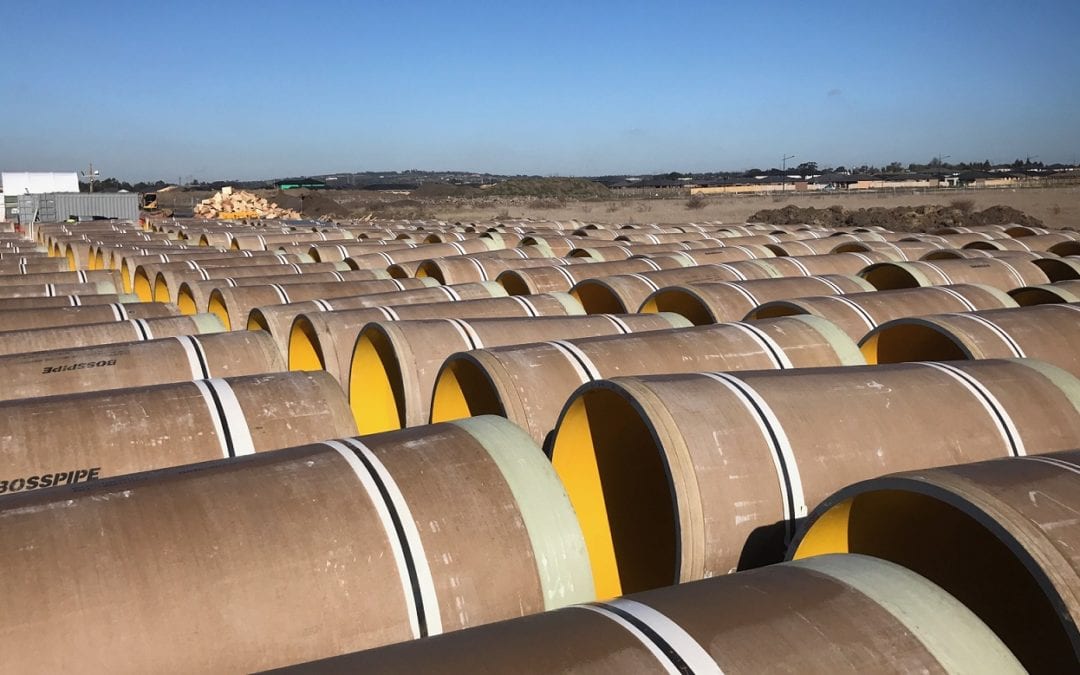 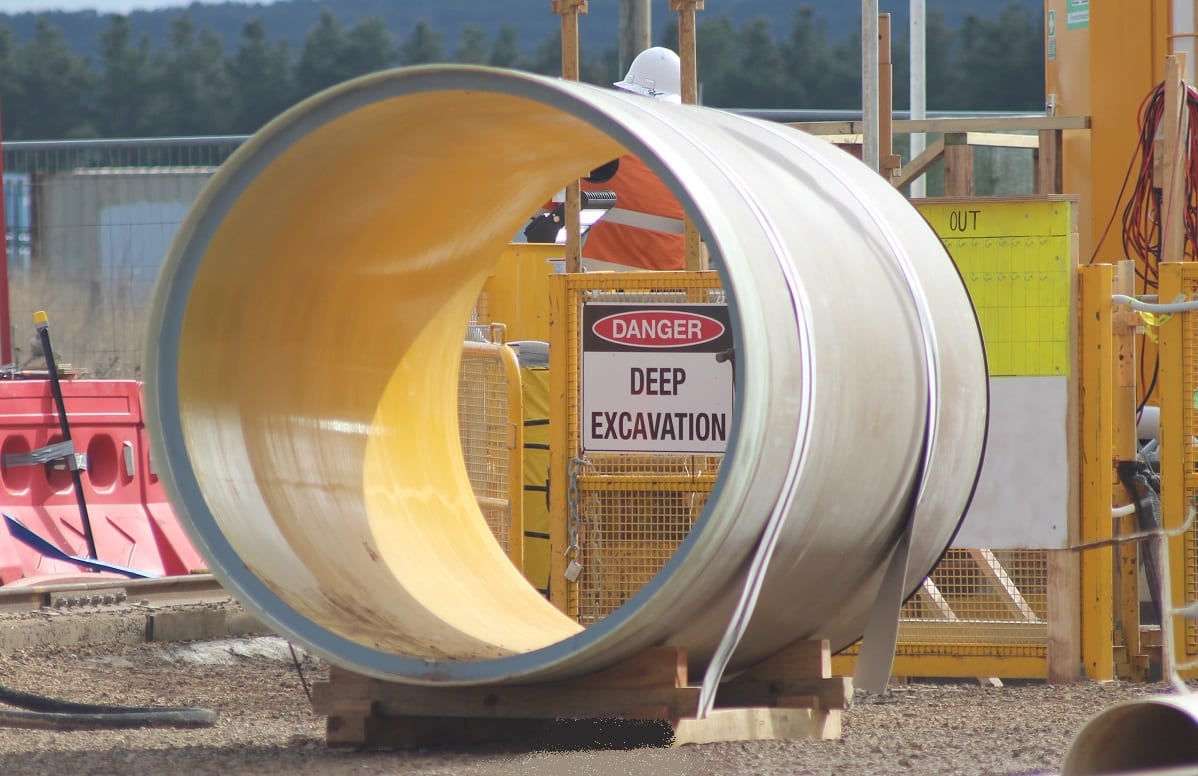 In 2019, Yarra Valley Water finished constructing over 4 kilometres of critical sewerage infrastructure to support the growth of communities in Melbourne’s northern growth corridor.
The new sewer is now ready to collect sewage flows from customers west of the Melbourne to Sydney rail line, between Donnybrook Road and the Merrifield Estate in Mickleham. The sewer is critical, as it is the outlet for all developments within the Urban Growth Boundary west of the Hume Freeway and north of Donnybrook Road, and connects into the Amaroo Main Sewer (which was completed in 2017).

The contractor, Abergeldie Complex Infrastructure, constructed the majority of the new sewer pipe using a Micro Tunnelling Boring Machine. The project involved:
• Building approximately 4 km of large diameter sewer using a GRP jacking pipe at depths ranging from approximately 6 to 15 metres
• The tunnel alignment included crossings beneath Merri Creek and the Hume Freeway and a connection to the existing Amaroo Main Sewer, where the tunnel boring access shaft will be converted into a manhole. Including 1 record breaking single drive of 580 metres
• The project also included 9 GRP manholes ranging from DN2400 to DN3500 including Vortex Structures, fabricated by Corrosion Technologies Australia, based in Dandenong Victoria.