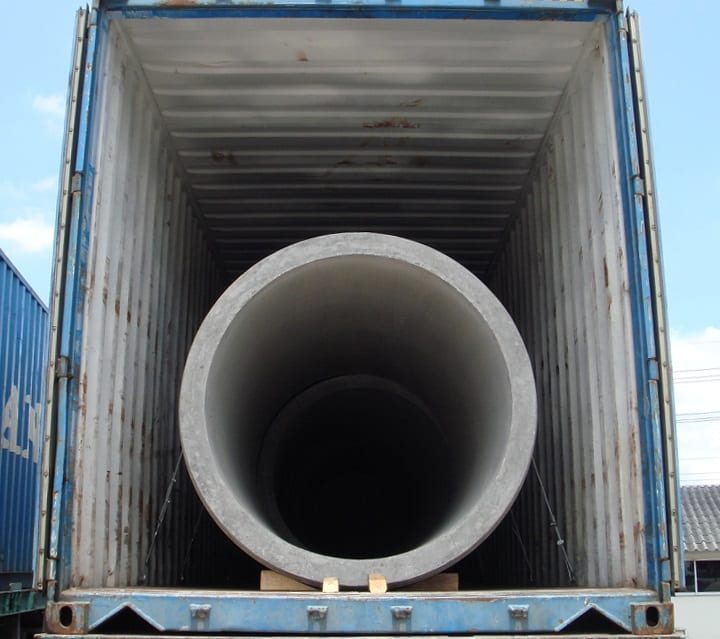 Fortrose Rising Main was a tunnel 46m under the Brisbane River. This tunnel is 550m long and was constructed using the Pipe Jacking method, also involving a compound curve alignment.
This pipeline travelled from one side of the Brisbane River to the other. Inside the DN1500 CP&P jacking pipe were twin DN600 PE pipes. One carrying Sewer, the other carrying drinking water.
According to Mr Grant Schultz, Abergeldie’s Manager of Tunnels and Shafts, The use of CP&P Concrete jacking pipe assisted Abergeldie in completing the compound curve, by allowing enough deflection at each joint, whilst still being able to ably significant jacking force which enabled them to continually push through the curved section at jacking loads of 500 tons and beyond. The rubber ring joint profile of the CP&P jacking pipe was also a key factor in pipe selection as the external water pressure was at least 3 bar, so a watertight seal was essential in this installation.
The launch shaft was quite sizeable, up around 10 metres in diameter, which allowed Abergeldie to launch 3 sections of the 2 metres length CP&P pipes at a time, giving them installation efficiencies by reducing the number of equipment changes (slurry pipes etc.) at the turnover of each pipe.
The project was successfully completed in 2018.