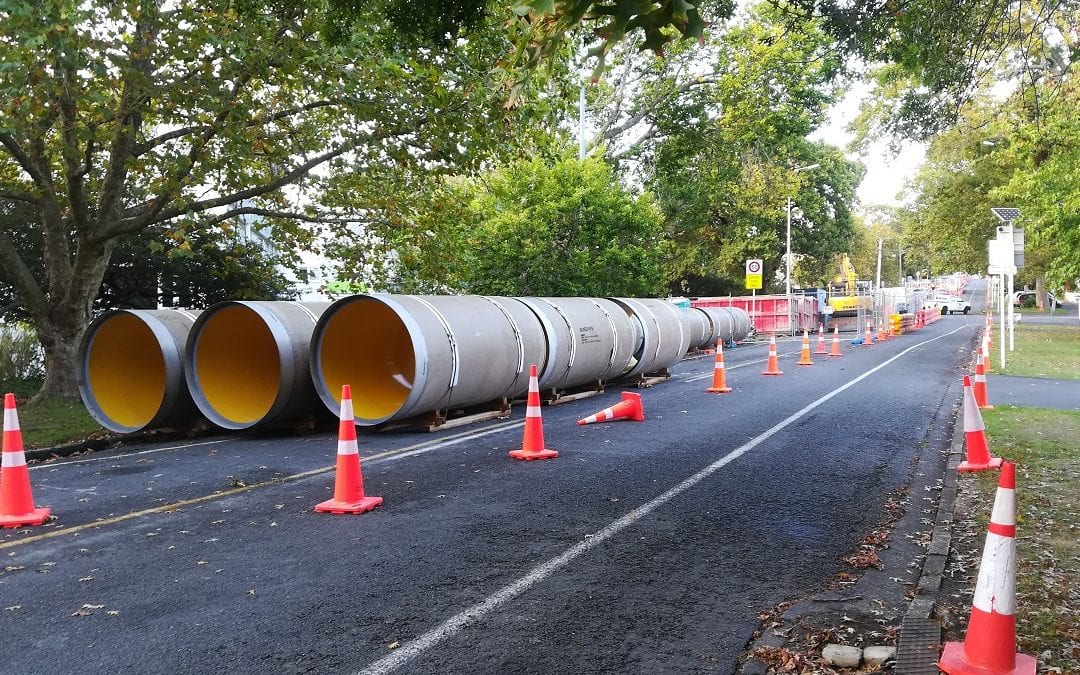 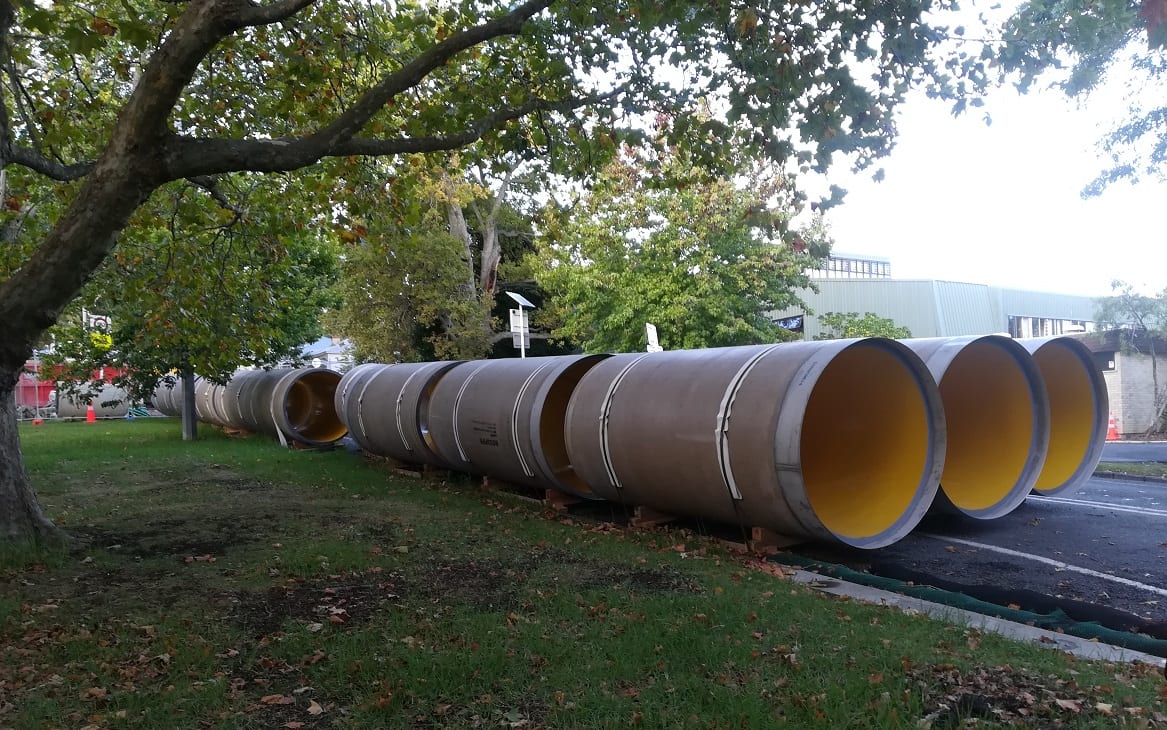 Work to reduce sewage spills in Waitemata Harbour by 70 per cent is began in late 2019 and should be completed in time for the America’s Cup.
The $24 million pipeline upgrade will involve separating century-old stormwater and wastewater pipes in Freemans Bay. Part of this scheme is the Picton Street Stormwater Network Separation Project, Auckland, NZ including almost 1km of GRP Jacking pipe supplied by BOSSPIPE.
In the lead up to the award of the project, in depth discussions took place between BOSSPIPE, Principal contractor – March Constructions and tunnelling contractor – Rob Carr. It was decided that the option to use GRP Jacking pipe in place of the specified Concrete Jacking pipe would be more cost effective, more timely and lower risk for the contractors during installation. Once March constructions were successfully awarded the contract – they engaged BOSSPIPE to supply the pipe to this high profile and sensitive project.
Auckland councillor Mike Lee said the project had been on hold for years and was “great news for the bays and for the Waitematā Harbour”.
The new infrastructure will expand the network’s capacity to manage the increasing demands of Auckland’s growing population.
Freemans Bay experiences around 40 overflows a year and has suffered from decade-long flooding issues.
Auckland Council Project manager Ngan Soai Truong said the upgrade will improve the water quality and “swimability” of the Waitematā.
“We’re excited this project recognises Aucklanders’ concerns for their environment and that we have the capability and technology to modernise the basic infrastructure to clean up water quality and reduce overflows into the harbour.”
The project is funded through Auckland Council’s water quality targeted rate.
The project is well over 50% completed and is due for completion in December 2020, in time for the America’s Cup and Asia-Pacific Economic Cooperation in 2021.
The Freeman’s Bay Storm Water Network Improvements Project is part of the Western Isthmus Water Quality Improvement programme and the construction of the $1.2 billion Central Interceptor tunnel.